Misuse of Power of Attorney 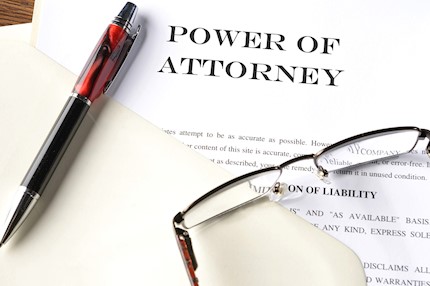 People choose to have a Power of Attorney if they believe there might be a circumstance where they need someone else to be able to sign documents on their behalf. A common circumstance is the loss of legal capacity due to illness such as dementia. The Power of Attorney document must be carefully prepared, especially if you have a blended family.

In a recent NSW case a now deceased man seemingly put too much trust in his second wife. The man had left the management of his assets to his second wife pursuant to an enduring power of attorney. He then became incapable of managing his own affairs. After the man’s death his two sons’ from his first marriage realised that a large portion of the estate was missing. It turns out that the man’s second wife had used the power of attorney to spend the man’s money to purchase her daughter from a previous marriage a house and then to fund the construction of a granny flat for herself.

The Court considered the circumstance of husband and wife. The Court found the wife personally liable for the portion of the estate that she was unable to account for as she had breached her duty not to use the Power of Attorney to benefit herself or any third parties.

An attorney cannot confer a benefit on themselves or a third party, unless it is expressly written in the Power of Attorney document.

If you believe there might be a circumstance where you will need a Power of Attorney, or if you would like to empower a person to confer benefits upon themselves in your Power of Attorney document, then please contact our Wills and Estate Planning team!