Why you should prepare a clear written agreement 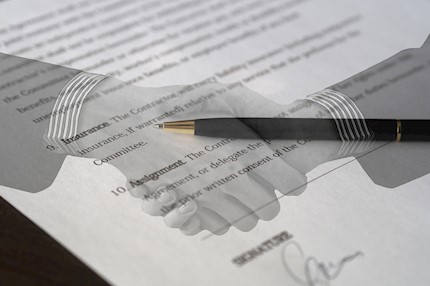 It often happens that two parties will have a commercial relationship that has not been recorded in a written contract. Not having a properly drafted contract is risky, particularly when the good faith on which the relationship was built disappears, and the relationship ends. That is when a clear and concise written agreement, which sets out the rights and obligations of the parties, is invaluable.

In a recent case, Company A provided services to Company B for over 4 years, based on a relationship built on good faith. At a meeting between the executives of the two companies, it was suggested that the arrangement between them be formalised in a written contract. Company A sent a document entitled “Proposal”. The document included the following information:

“Contract Period: 12 month rolling. Cancellation will require at least 30 days written notice prior to the end of a given contract period.”

Company B was liable to pay the fees for May to July.

The lesson to be learnt from this case is that the parties could have avoided costly litigation if the contract was carefully prepared, and the commencement and termination date of the contract was properly defined in the document.