Don't Like Your Child Being Around Your Ex Spouse’s New Partner? 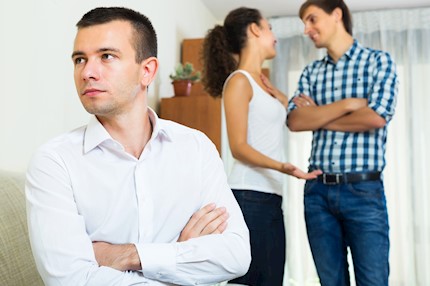 I Do Not Like My Child Being Around My Ex Spouse’s New Partner, What Can I do?

Blending families after a broken marriage can be difficult, especially when ex-spouses introduce their new partners to the family for the first time. So what happens in terms of child custody if you do not like your ex spouse’s new  partner?

The court investigated this in a recent case.

A NSW man was not delighted when he found out that his  ex-wife’s new partner was recently let out of gaol where he had served time for drug and firearm possession. He was particularly distressed as he and his ex-wife shared custody of their child. The father asked the court to restrain his ex-wife from bringing their child into contact with her new partner.

The Family Court has the power to restrain parent’s movement, freedom and behaviour. However, it must be for a just reason. The Court looked at the fact that the mother’s new partner had attended two drug rehabilitation courses, and heard evidence from the pair’s older daughter who had spent time in the mother’s house. The daughter said that although the mother and her new partner often drank and were argumentative with each other, she had never seen the mother’s new partner mistreat the child.

The Court was sympathetic towards the father, however, based on the evidence there was no proof that the mother’s new partner posed an unacceptable risk of harm to the child. The father’s plea was denied and he was required to pay his ex-wife’s legal costs!

Our Family Law team are experienced in common and complex matters dealing with child custody and can help you with a strategy to avoid this outcome, please come and see us without hesitation if you need legal help.