Termination of Commercial Leases: Is the coronavirus a sufficient cause? 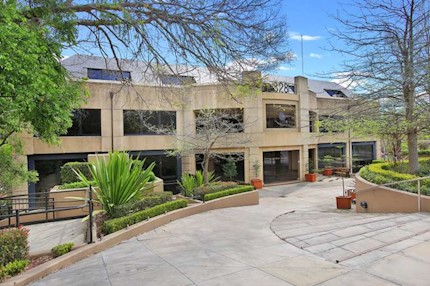 With all of the lockdowns and restrictions caused by the coronavirus crisis, many businesses are struggling and monthly rent in the thousands or tens of thousands of dollars is often an expense they can no longer afford. The question then, is whether the coronavirus which has interrupted business revenue is also a sufficient reason for terminating a commercial lease or for the abatement or reduction of rent which would otherwise be payable.

As no one can predict the future, lease clauses are prepared so as to be general enough to apply in a variety of situations while being specific enough to give clear guidance when such situations arise. This is a careful balancing act and is one of the reasons that professional advice is necessary when entering into a lease.

As each commercial lease is unique and negotiated between the parties, the answer will depend entirely on what clauses appear in your lease and how they are worded. However, there are some common terms and clauses which may assist.

This is the go-to clause if it appears in your lease. It may be under a different name, but in essence it is a clause designed to respond to natural disasters and is the one which will apply most clearly in a situation like this. Here is the beginning of an example clause of that type:

Is a pandemic a natural disaster? We would normally think of earthquakes and cyclones in that category, but in the past plagues have also been considered to be natural disasters. In this case we don’t have to worry as the catch-all term ‘or other serious event’is included and it would be difficult for anyone to argue that COVID-19 is not a serious event.

That being the case, the clause continues:

This is a problem as coronavirus is not the type of disaster which destroys buildings. However, the clause also states:

It is likely that when written, this was intended to refer to physical access being blocked by debris in some way, but in the current circumstances it could be argued that the public’s access to businesses like restaurants, gyms and salons is being obstructed by government restrictions due to the crisis.

This ties the event to an interruption of the tenant’s business. This is important as the clause is clearly designed to compensate for such an interruption as it concludes:

This is helpful as it clarifies the situation where business is not completely obstructed and applies proportionality. For example, if the business was a gym and was completely banned from opening or operating at all, then the effect would be a full abatement of rent and no rent would be payable. However, if it was a restaurant who could no longer have sit-down meals but could switch to operating as a takeaway store, then if its revenue was only half of what it was before, its rent would likewise be reduced by half.

Further, a subsequent clause in the same example lease goes on to specify that if the situation which caused the rent abatement continues for more than a month the tenant will have the right to terminate the lease.

If your lease does not contain a force majeure clause there may still be other methods by which the tenant can terminate. Some leases have a termination clause included from the start by which one or other party can terminate the lease upon giving notice or under specific circumstances.

Alternatively, depending on the business in question it could be argued that the landlord is in breach of the terms of the lease, through no fault of their own of course, but nevertheless. Almost without exception a commercial lease will have a specified purpose set out in the document. This states what the premises are being leased for and limits the tenant to conducting only that type of business on the premises.

Of course, this is the kind of argument that can only be determined by the Court and until such time as further legislation or judicial decisions on this topic are available we cannot know how this will pan out. Regardless, it may provide food for thought for difficult landlords who attempt to bind tenants to the letter of their leases and be helpful in negotiations to reduce rent or end leases.

Every lease will be different and it is best to have a professional review your lease before attempting to terminate.

If you would like advice on the terms of your lease and your position in relation to the coronavirus crisis please contact Fox & Staniland Lawyers on 9440 1202.