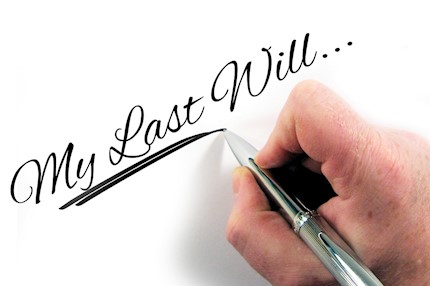 The lifelong question of whether the "French Elvis", Johnny Hallyday, was more French or American seems to have been settled. After dying in 2017, a fierce dispute emerged surrounding his estate. In his last will, written in the United States, he named his 4th wife as his sole heir, leaving nothing to his children. His children argued that this could not proceed, as French law requires that a minimum percentage (50%) of a parent's estate must be divided equally between their children. The matter was taken to a French court, to determine whether French or American law was to apply.

Mr Hallyday's widow argued that Johnny’s artistic approach was heavily American influenced, he had signed his will in America, he lived there regularly and had planned to apply for American citizenship, therefore he was to be considered an American for tax and inheritance purposes.

Mr Hallyday's children argued that he only lived in America for privacy, as he was less well known there, and that practically all of his album and ticket sales were made in France and as such should be considered French. The Court found that Mr Hallyday was French for taxation and inheritance purposes. This meant that at least 50% of his estate must be divided equally between his children, despite his will directing otherwise.

This case highlights two important elements to keep in mind when estate planning if you have assets overseas:

Finally, another message to everyone from this case is the importance of clearly explaining the reasons people are left out of wills. Leaving evidence and explaining reasoning through documents such as statutory declarations can be of great assistance to your executor in seeing your final wishes are carried out.

Other blogs by Ian